Ihar Shytau sums up the match. 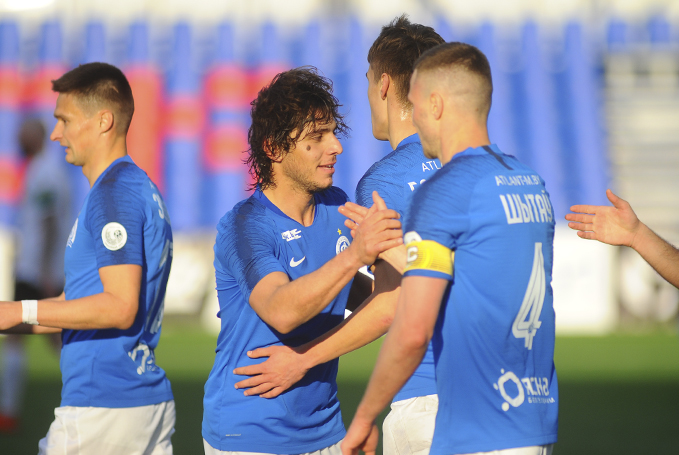 Congratulations! A few words about this difficult match.

- The first half was a bit easier, we controlled the ball better. In the second half, physically looked worse, I guess. The opponents had a couple of good opportunities. But it is good that we scored at the end of the match and scratched out the victory.


What didn’t work, why the victory was so hard?

- Probably, we lacked dedication, physical condition and greater aggression in struggles for the ball. But in general, we need to add in all components, maximize all our efforts.


Last season Tarpeda fought for the "survival" in the Premier League. But it wasn't very easy to play against it today, why?

- I want to say that now the level of the championship has grown, and all the teams, when enter the field wish to earn points in each match, they play more aggressively, and are very organized. The level struggles in matches has increased, it is now harder to win in any match.


Already 4 matches in a row in the championship, we do not miss, we do well in defense ...

- But still dangerous moments arise at our goals. Still not everything is so smooth, but it is good that we do not miss. Hope it's not only a good luck..


On the one hand we win our matches, but on the other hand there are problems in the attack, we score very few goals. What do you think, what is the reason?

- Teamwork is still building, we have a lot of new players the attacking line. But I'm sure we will add in attack, we are working on it. First of all, it was necessary to improve the defense. Defense is the key to success. Slowly we improve all our game ties and schemes. I hope in the future everything will be fine.


What do you think, will we fight for medals this year?

- I have already said that the level of the championship has become higher, so you have to fight for every point. We will try to win in each match and we will see the result in the table.


You, as a captain, today was responsible for the whole team, your goal brought victory in the match ...

- Of course, I am very glad that we could get together, play to the end and score such an important goal. This is probably the captain's burden - in a difficult moment to lead the team.