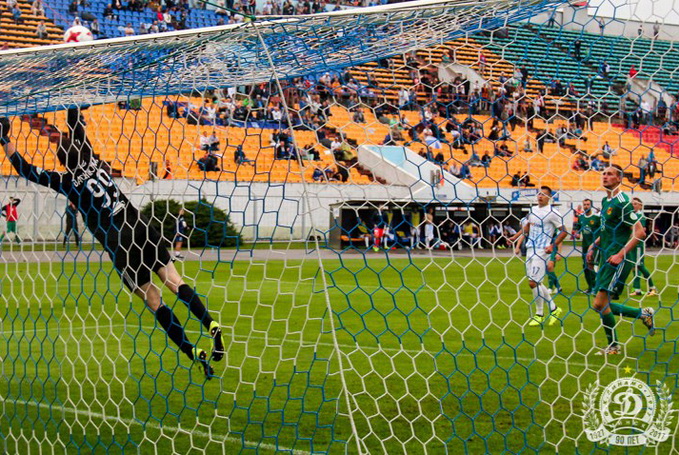 This match was also expected to be difficult. However, for Dinamo any match in the championship is not easy. For example, in this match three players of the main team were missing. Noiok was under a disqualification for yellow cards, Khvashchynski and Lukich are recovering from injuries. 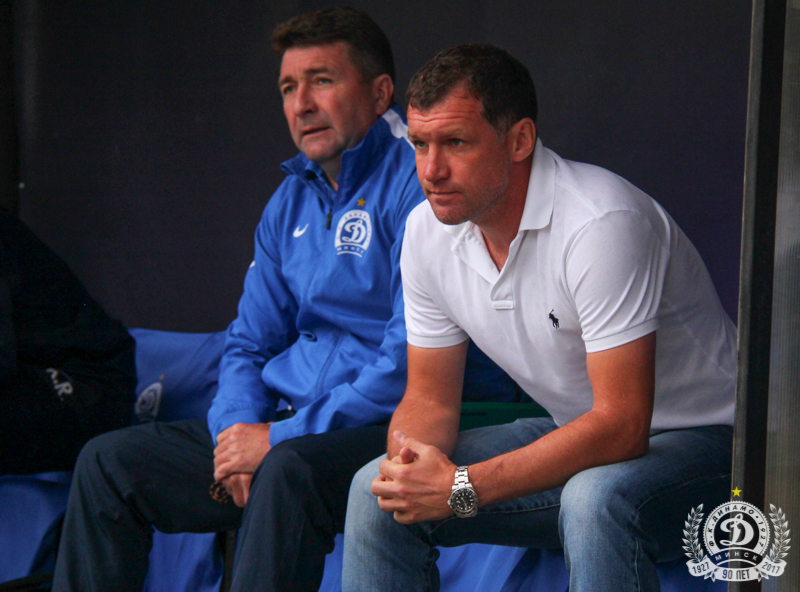 At the same time the guests also had some difficulties with main team roster, only 16 players werelisted in the starting protocol. However, both the coach, Siarhei Hurenka and Siarhei Yaromka, this season make the most out of the available list of players.

It is no doubt that this match can be called the best match in this matchday, so fierce and exciting it was.
Despite the fact that in the beginning of the match the hosts looked better, controlled the ball, attacked, the first scoring opportunity had the guests. Parkhachou, who responded to the transfer from the flank, made a headshot from the goalkeeper's line and would have to score, but the ball got to the crossbar, hit the goal line and only then Ihnatovich could save it.

Frankly, this episode until the end of the match bothered everybody in the press center. Opinions were different.. The fact that in this season "Dinamo" has never recouped when missing the first only added the hit into the discussion. Well, we'll never know what the game would be if this score was counted. But the post-match review of the episode dispelled all doubts: the referee made the right decision - there was no goal.

One thing we would say confidently from the first minutes of the match, "Gorodeya" came to MInsk to play and win but not hide and retreat. Siarhei Yaromka team fought on every stretch of the field and tried to make a hit with every opportunity. 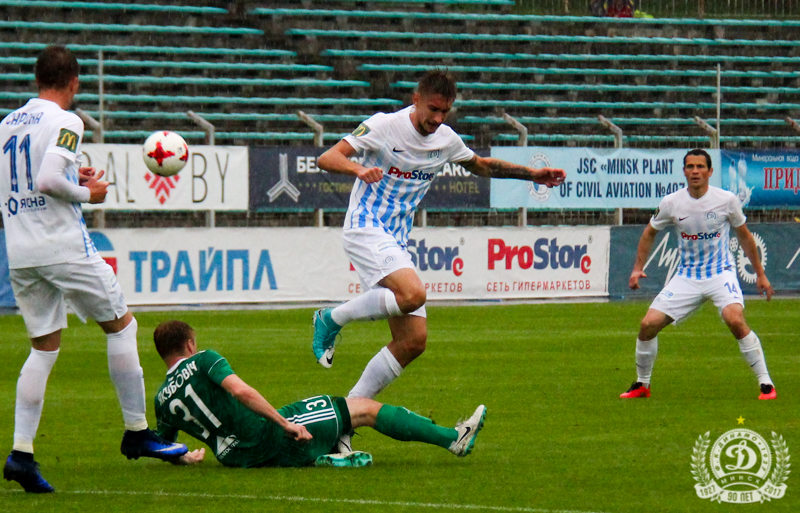 Still Gorodeya didn't have that many chances. "Dinamo" possessed the ball most of the time and spent much more time in attack. Hlyobas and Saroka did their best to score, but again or again the ball flew wide, or the defense of the guests played reliably. 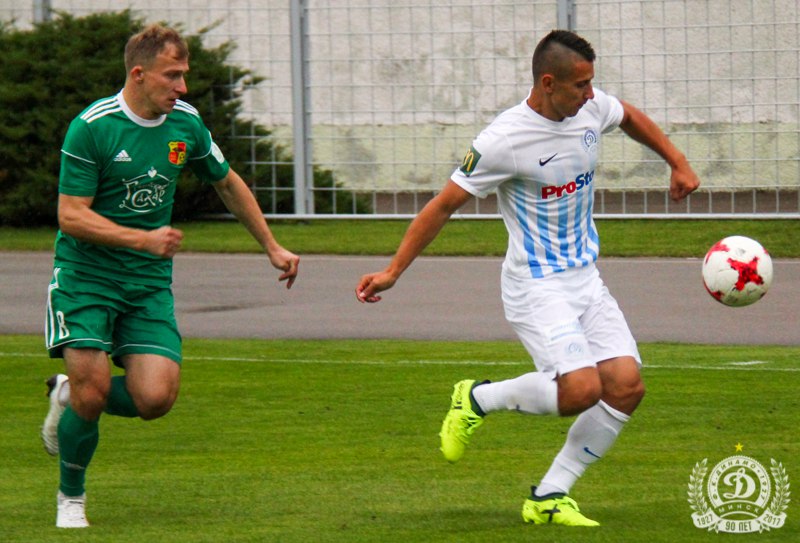 And, despite all the efforts of the hosts, it was the guests who scored! Dubaic, taking the transfer from the depths, threw the ball with his chest to Lebedzeu and the captain of "Sugars" with a powerful blow from 16 meters drove the ball into the near "nine".
It was the 34th minute ...

The return goal of Dinamo turned out to be no less aesthetically beautiful: Saroka receive pass from Khlyobas, confidently rushed into the penalty area, gathered around almost all defenders and with heart-rending cries from the stands "Paaaaas!" (Hlyobas was lonely waiting for the ball at the far pole) hit the far corner - 1: 1. The stands exploded, celebrating the goal, but on the field the team kept its emotions. Draw - this is not the result which is needed.

The next goal, "Dynamo" scored in the beginning of the second half, when in a quick counterattack Dmitro Hlyobas scored - 2: 1!

Further more. "Dynamo", during the next 7-10 minutes, had at least three more opportunities to score, but strikes by Saroka or Hlyobas were not accurate, although it harder to miss than to score.

The scenario of the game in the second half looked like this: the hosts attacked a lot and Gorodeya was patiently waiting for its chance. Well, the guests got its chance. After service a corner free-kick at the 74th minute "Sugars" scored, or better to say pushed the ball into the net. Ihnatovich could not get to the ball, and there was Pauliuchak, who struck with his head and almost all the players who were in the goalkeeper's area of "Dinamo" rushed to the ball. And it was hard to say who was the author of that goal, but somehow the referee desided that it was an autogoal by Artsiom Bykau - 2:2.

Artsiom has become the hero of this match but few minutes later, when after the transfer of Yarotski from the left flank to the goal line of the guests and Bykau was quickest than anybody else - 3:2! 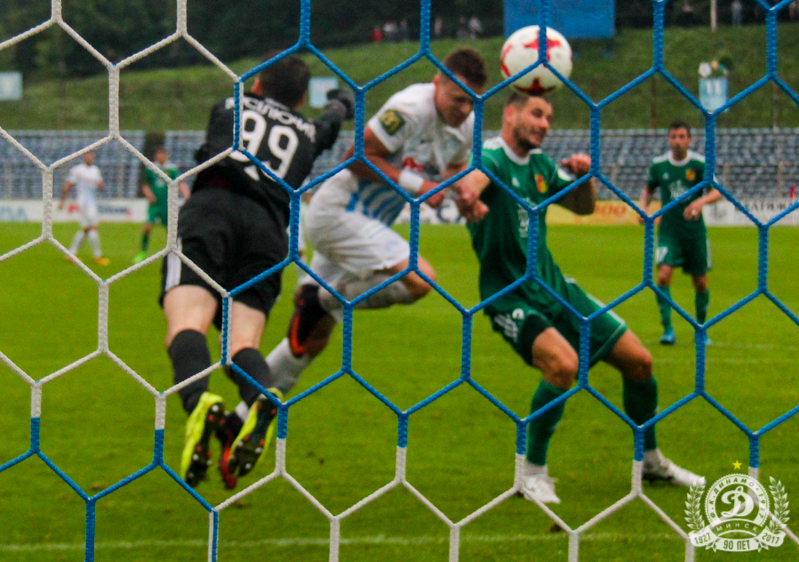 "Dinamo" did not think to stop there and strengthened its pressure. This made the guests make more and more mistakes. In one episode Plaskonny was  too rude playing against Nikolić and received red card.

A final and a beautiful full-stop in the match put Lekovic on the 90th minute. As well as Hlyobas, Lekovic scored his first goal for Dinamo: Nikola strongly struck from 25 meters to the left corner and no matter how hard the goalkeeper of Vasiliuchak tried to save… 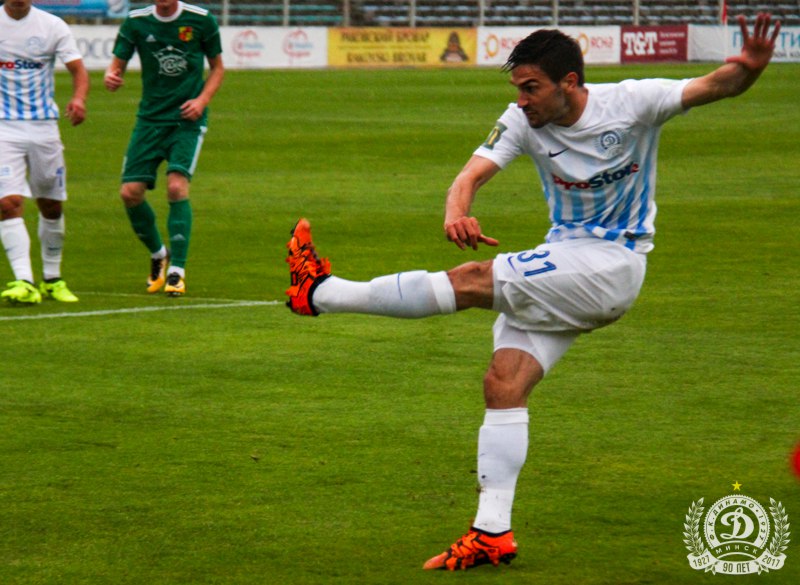 The fact that no one would even remember that during the first half of the match it was raining hard tells that the match was vivid and exciting! 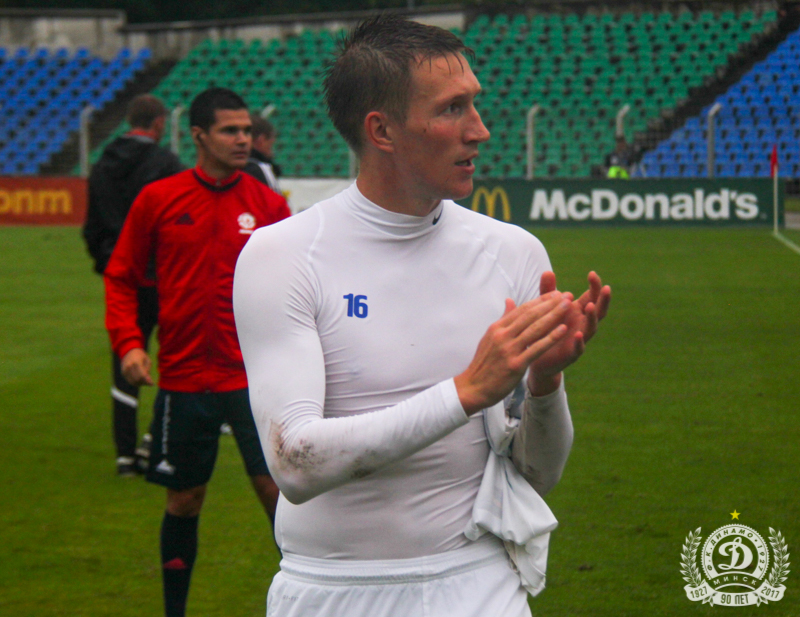 Let's wish good luck to our guys and our team!

And "Dynamo" will hold its next match on September 8 on the road against FC "Gomel". And, despite the fact that Dinamo heads the standings and Gomel takes only the 9th place it is going to be not an easy match.

We encourage all our fans, who have such an opportunity, to support the team in this match and become the 12th player of the team in the stands of the "Central".

Together we are stronger! 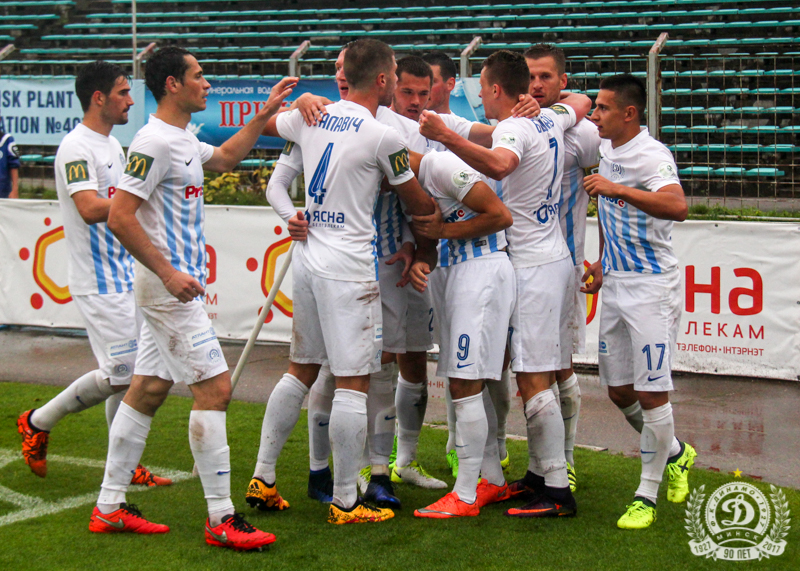 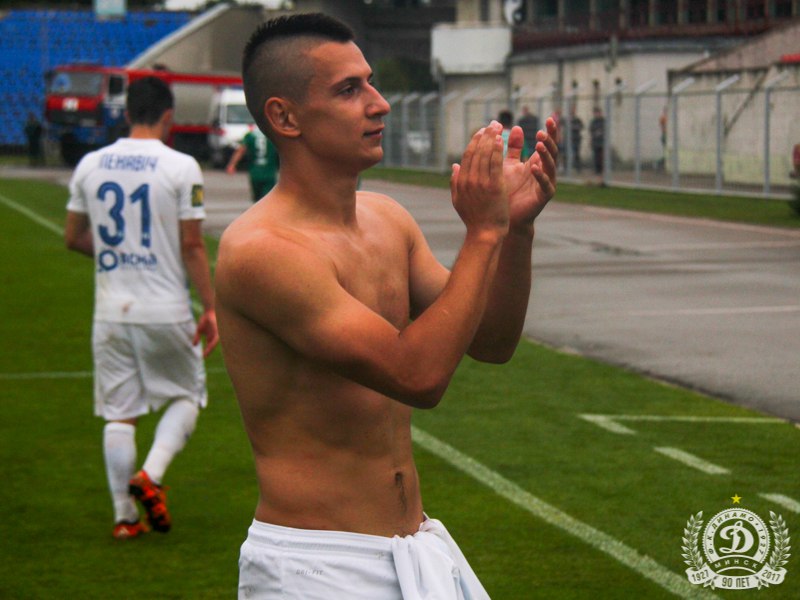 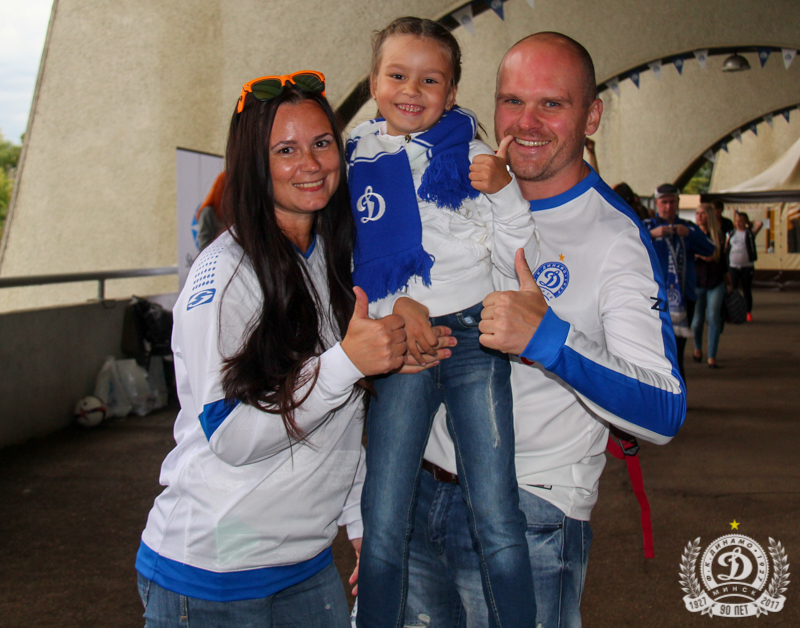