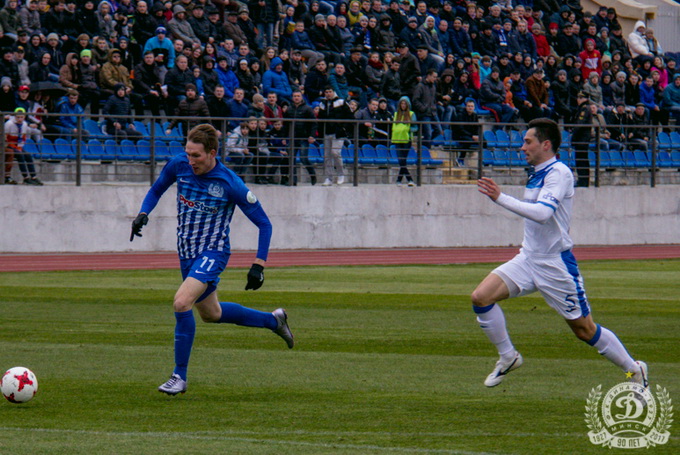 Mahiliou missed big football so much! After leaving the Premier league in 2014 the team, which once won the Belarusian championship, spent two years trying to return to the highest division of the Belarusian football. So, despite the rather dank weather, many fans gathered in the stands. All of them were eager to see the victory of their favorite team. We know that "Dinamo-Minsk" has started the season on the best way missing the Cup duel to Brest. That's way the team from Minsk was also tuned up very well.

And already at the 3d minute the guests could open the score - Saroka ran 1 on 1 with Davgiala, but was reached by defenders and decided to hit from the penalty area line and got into the cross-bar. Bounced into the field the ball was picked up by Dzemidovich but Vadzim's blow was very inaccurate.. 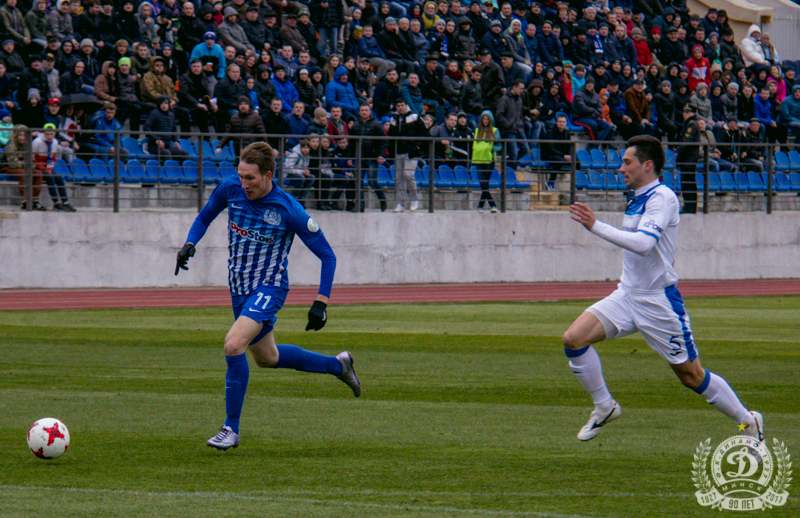 To the credit of the hosts, they were also aimed to attack and troubled Dinamo defense time after time. Experienced Paulau always tried to find with sharp pass quick Shramchanka. But the maximum that the Dnepr managed to achieve is serving a couple of corner free kicks. 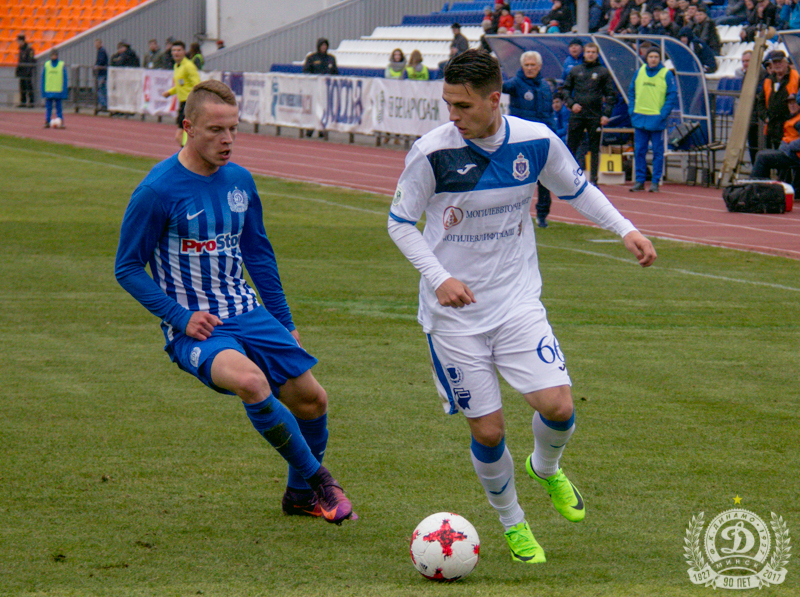 But "Dinamo" returned a killer answer: after the flank cross from Nikolic, Noiok was the first to pick up the ball and hammered it to the upper left corner - 1:0! "Dinamo" took the lead in score but not in the game. The hosts continued to look for the ways to the goals of Klimovich. "Dinamo" still responded with rather sharp counterattacks. The first half finished with the same score.

During the break, the weather decoded to add  some intrigue with a heavy cold rain. The pitch looked very moistened and heavy for the quick game.

After the half time instructions from the coaches, both teams started the second half rather actively. And Nikolic at the 53d minute could and should double the score, but the defenders selflessly rushed to the blow.

"Dnepr" tried to play an attacking game. One time after another Mahiliou players made flank crosses. But still only corner free kicks could be counted as potentially dangerous. Substitutes in the second half meant to add more pressure on Dinamo defense.  But it was Dinamo who scored. Davgiala failed to catch the ball after the distant blow and let it straight in front of goalkeeper. Bykau was right there to send the ball into the net. Questions about the winner in the match withdrew Khvaschynski, brilliantly taking advantage of the pass cutting defenders and accurately delivering the ball to the far corner of the goals. 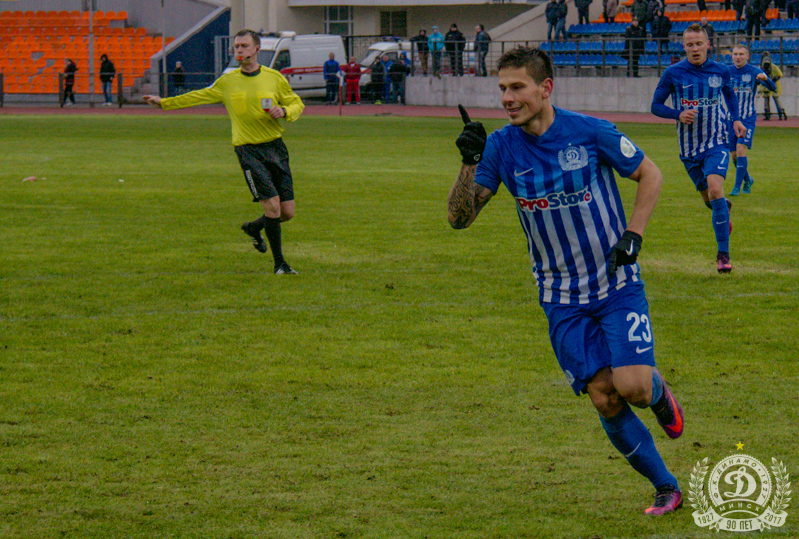 "Dinamo", scoring one goal in the first half and finishing the opponent in the second half gained three points and on the international day of humor brought good mood to its fans. But we want more and this is not a joke! 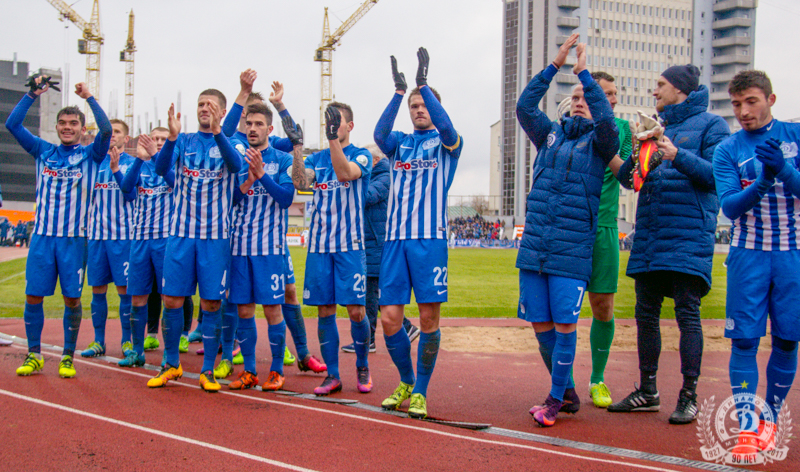 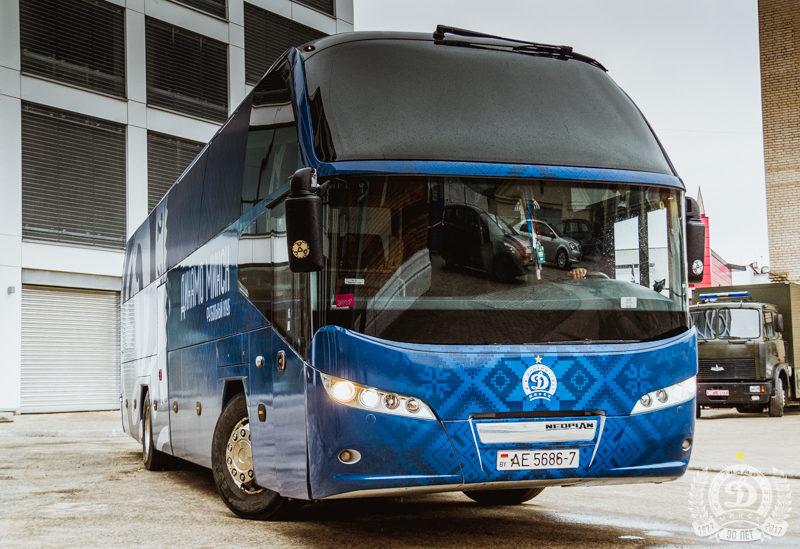 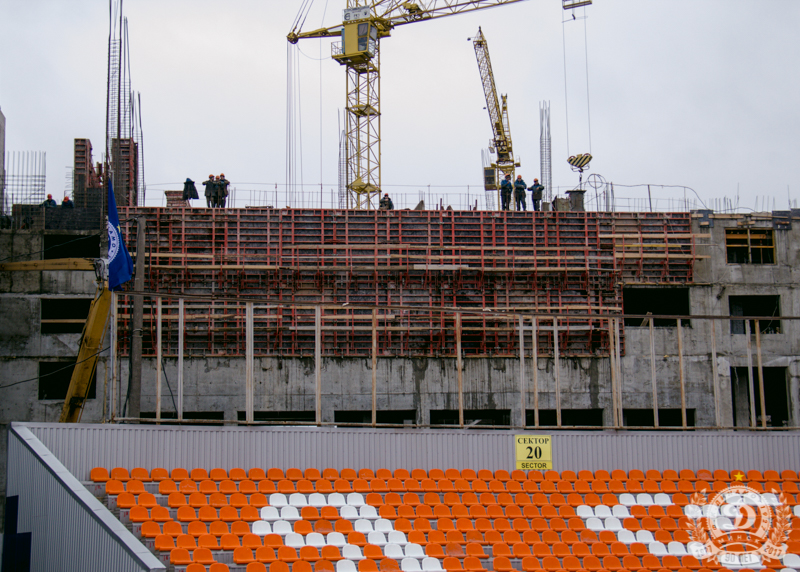 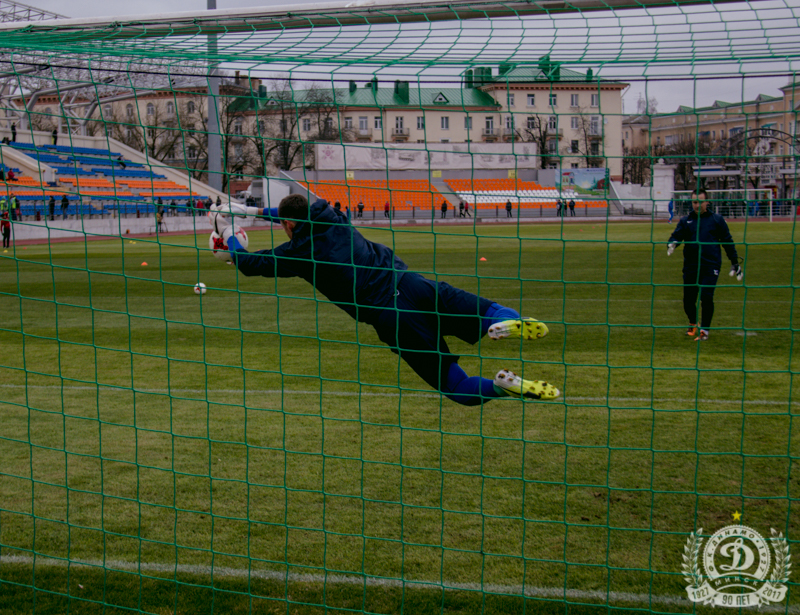 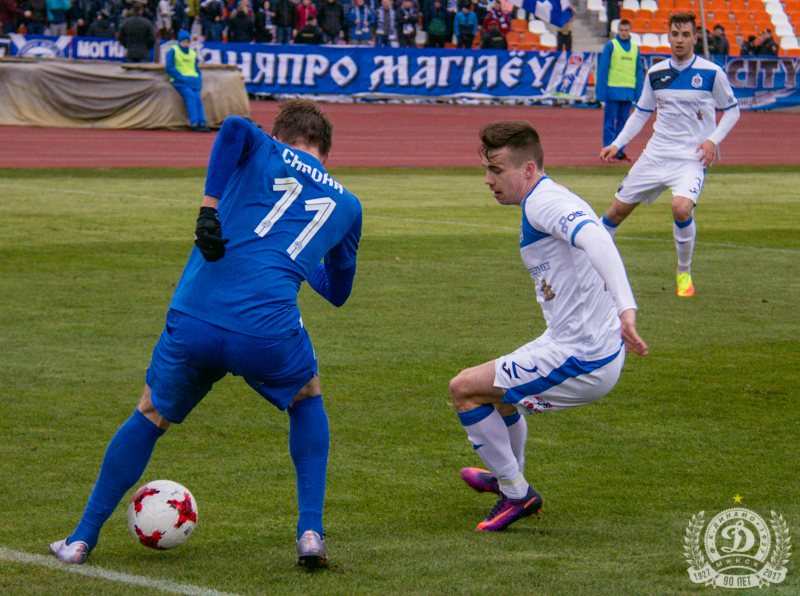