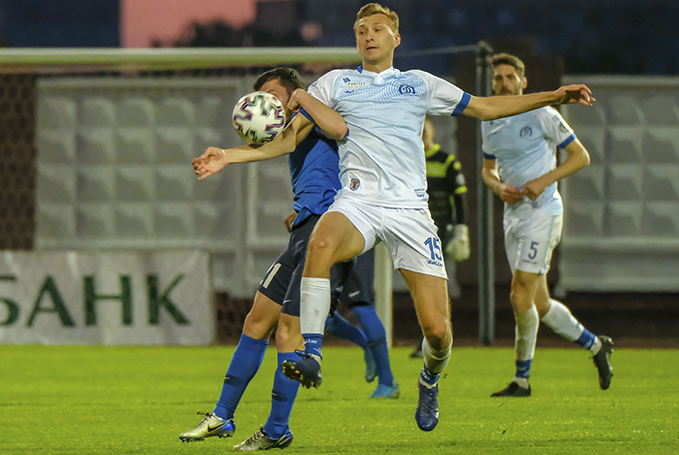 Uladzislau Klimovich comments on the result of the match in Vitebsk.

There was a hope that a quick goal in this match would greatly help us to relax and play freely. If you recall the game of "Vitebsk" against "Shakhter", then the Vitebsk team played deep defense and it was a very difficult game for the Salihorsk team. We managed to score a quick goal. Everything seemed to go smoothly, but ...

- Yes, everything was going right up to the moment when we conceded in the 20th minute. Before that, we had the opportunity to score another goal, and probably if we could do it, the game would have gone differently ... There is a rule: when the score is equalized, the equalized team will feel better than the opponent. Therefore, the rest of the first half, to some extent, we were knocked down. In the second half, we took the initiative, had very good opportunities, but, unfortunately, were not able to score ...


And yet again, all our problems - is a consequence of our own mistakes..

- It is always like that,  missed goals are the results of team mistakes. Sometime it is a chain of minor mistakes, sometimes one, but crucial. Of course, we didn't want to miss, especially considering the fact that we don't score much now. If we could score three or four goals, then one goal conceded would not be a tragedy. We are not ready to concede goals.. Why is it so, I do not even know. We do our best to eliminating this, we always talk about this during the training process. Some kind of a bad luck maybe... Well, anyway, we'll break it up and move on.


The second half was quite good, except that the second goal could not be scored. Although, today on the field we saw the football that we wanted to see. The game is getting better, faster, more quality.

- True, and more over, we create many scoring opportunities. When we will be scoring more the more points in standings we will be getting. We lost too many points already... Now we have to get three points in each match and catch up the leaders: we are obliged to be there and I hope this will happen by the end of the season.