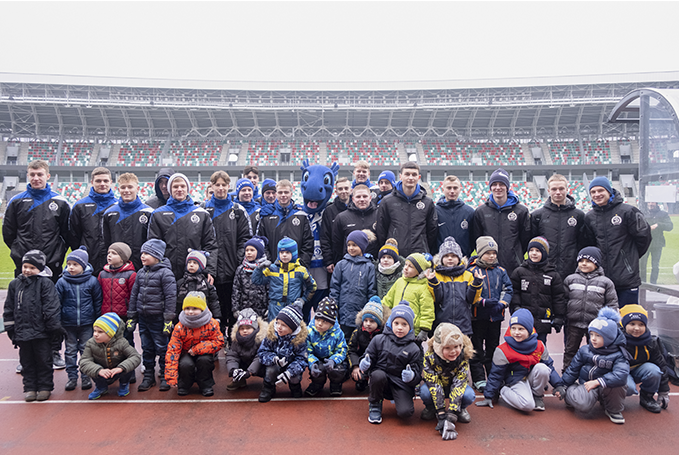 An important event at the Dinamo National Olympic Stadium

Last Saturday was a special solemn day for several ages of the "Dinamo-Minsk" Academy. On this day, our youngest footballers - team-2015, with coach Aliaksander Sabaleuski, officially became part of the "Dinamo" family. At the National Olympic Stadium "Dinamo" for kids and their parents was organized a short excursion with brief over view of the history and traditions of the club. And in the locker room of the main team, the guys were ordained to the ranks of the "Dinamo" club: each player was presented with a uniform and a commemorative diploma. 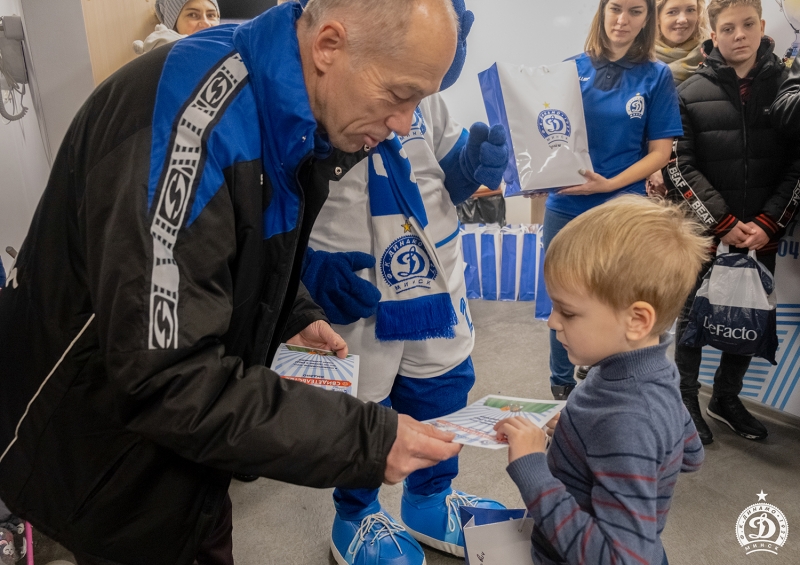 On the same day, our Academy team-2004 and team-2002 received their long-awaited awards for the junior championship of Belarus 2019/2020. Let us remind you that Dinamo-2002 won championship medals and got the right to take part in the UEFA Youth League, the matches of which will be held in March 2021.

The football players were congratulated by the sports director of FC "Dinamo-Minsk", Andrei Lauryk, and the assistant to the general director, Yury Poklad, urging the players to always strive for new heights and remember the colors of the native club.