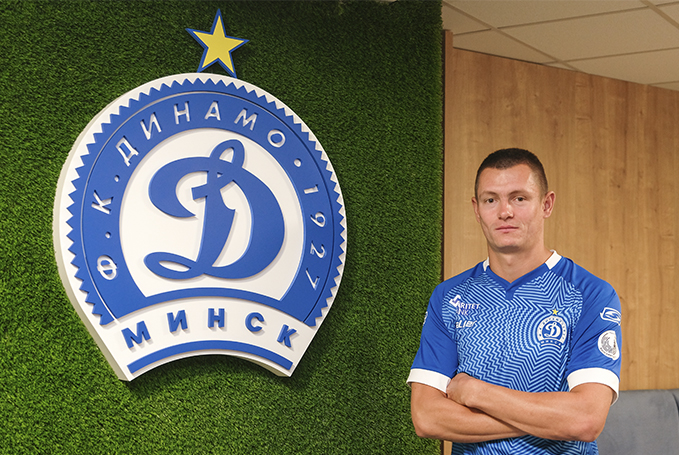 Another rookie in the club.

In 2008, in the first match of the 1/16 finals of the Belarus Cup against FC "Minsk" (BATE lost at home with a score of 1:4) Sialiava came on as a substitute in the 78th minute of the match. At that time, Aliaksander was 16 years and 147 days old - to this day, the midfielder is the youngest debutant of the first team in the history of BATE.

However, that match remained the only one for BATE. The following year, the club terminated the contract with the young footballer due to medical problems that were discovered. Though after a year and a half, a second examination did not reveal any deviations and the midfielder resumed his career, becoming a player for FC "Klechask", which at that time was playing in the Second League. In 2010, Sialiava helped his club finish in third place in the championship and win the right to move to the higher division. 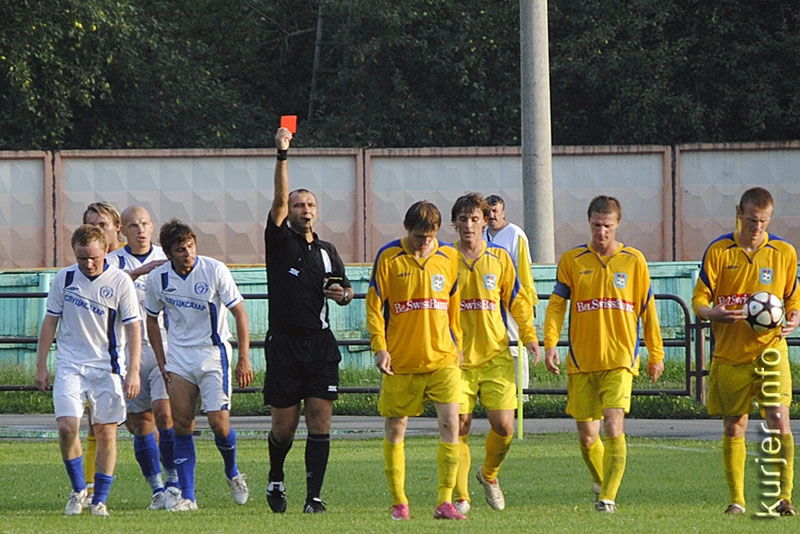 In the First League, "Klechask's", because the financial problems refused to further participate in the championship. A curious fact, in the season 2011/2012 this modest club from the south of the Minsk oblast became known throughout the country, because the team from Kletsk got to the quarterfinals of the Belarus Cup. In the 1/16 finals, Klechkans sensationally beat "Dnepr" Mahileu in a penalty shootout (regular time - 1:1, penalty shootout - 8:7). By the way, Aliaksander Sialiava is the only "Klechask" player who in that series failed to outplay the Mahileu goalkeeper. Another curious fact: there was also one player in "Dnepr" squad who could not beat the opponent's goalkeeper - this was Mikhail Kazlou. In the 1/8 finals, Klechkans beat "Rudzensk" (3: 1), which knocked out "Torpedo-BelAZ" in the 1/16 finals and advanced to the quarterfinals.

One of the leaders of "Klechask" attracted attention in Zhodzina and in February 2012 Sialiava moved to "Torpedo-BelAZ", which was headed by Siarhei Hurenka, and Andrei Lauryk, the current sports director of FC "Dinamo-Minsk", was his assistant. As part of "Torpedo", the midfielder played for four seasons. During this time, he played in 83 matches, in which he earned six scoring points (5+1). 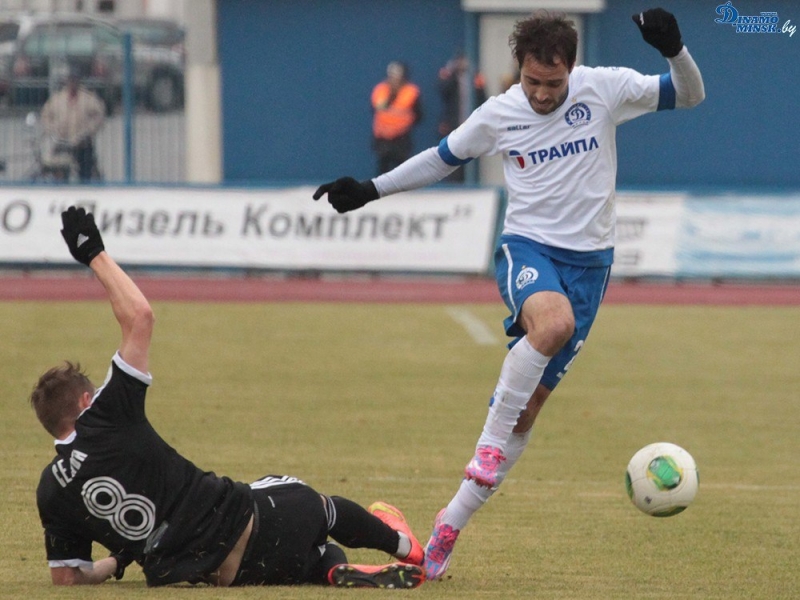 In January 2016, Sialiava became a footballer of "Shakhter" from Salihorsk, whose colors he defended until December of this year. As part of the "yellow-blacks", Aliaksander won the Belarus Cup in the season 2018/2019, and this season he became the champion of Belarus. 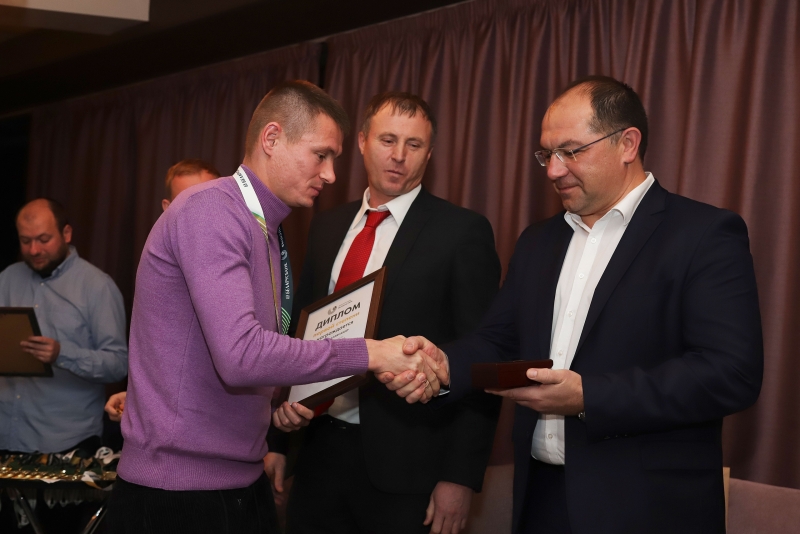 In total, the midfielder played for the Salihorsk club in 142 matches, he has four scoring points (1+3). 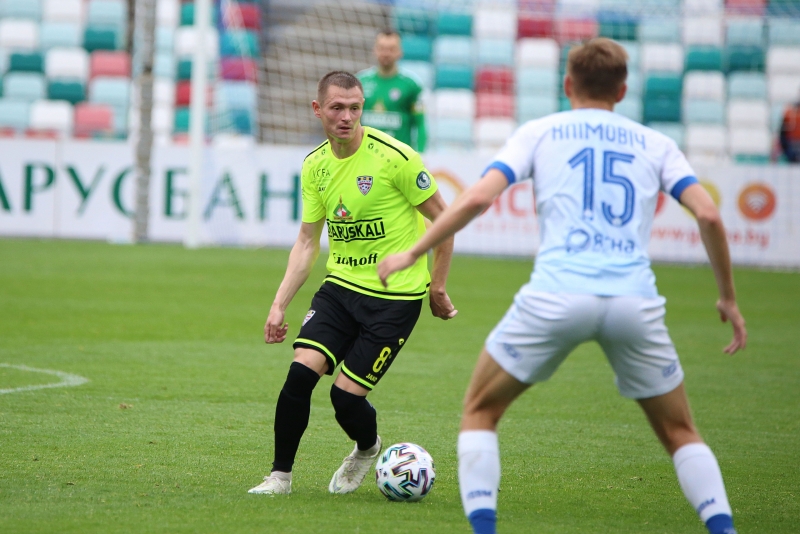 In September of this year, Sialiava made his debut for the national team of Belarus. 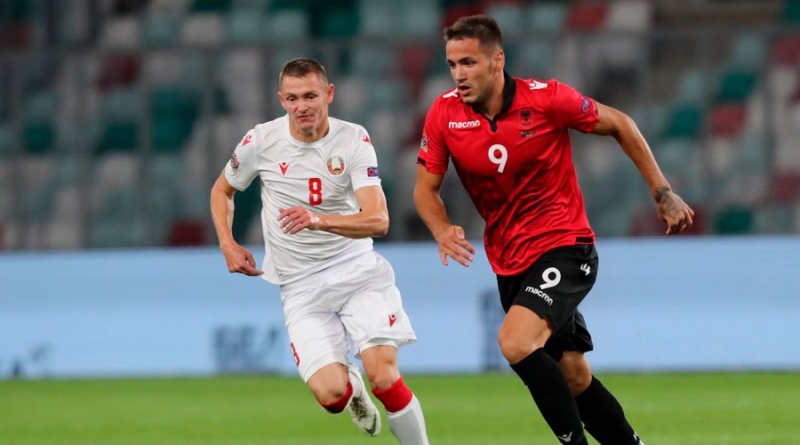 We welcome Alaksander in "Dinamo-Minsk" and wish him a successful career in our club!