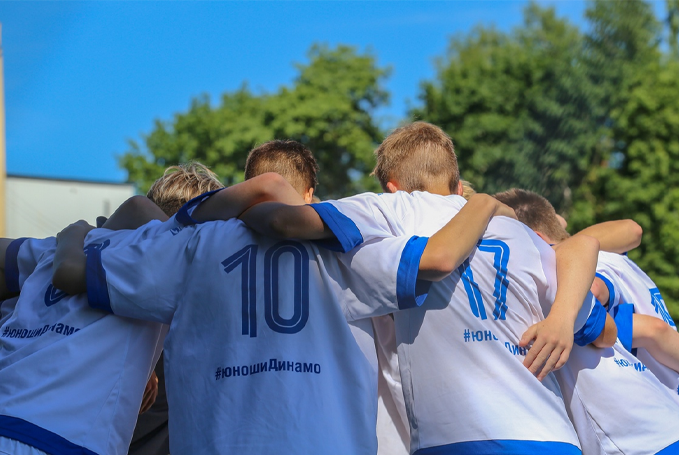 News about our young footballers.

Team-2003 started the renewed championship with a confident victory in the "Dinamo" derby: the older age of our Academy beat "Dynamo Brest" with a score of 2-0. Literally in the second minute of the match, Sakouski opened the score, and on the 75th minute Yahor Shedzko increased the advantage of the "Blue-whites"!

Team-2005 in a home match minimally won their peers from "Gomel". The match ended with a score of 1-0 in our favor. The only goal was scored by Bekarevich.

The women's team-2005 suffered their first defeat this season: the RGUOR team managed to score three unanswered goals to our players. However, everything happens for the first time, the main thing is not to give up and keep working! We believe that the next match will end with a victory for the team of Andrei Makhnach.