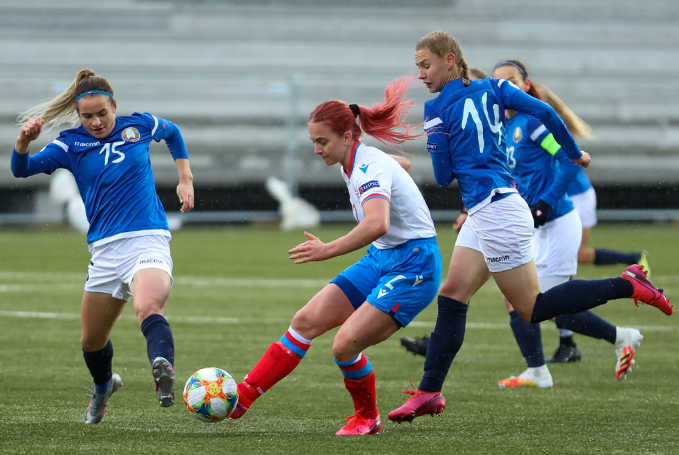 The National Women's team in the away match defeated the Faroe Islands team in qualifying for the UEFA European Championship 2021!

The first half ended in a draw, but in the second half the "White Wings" scored twice. The first goal was scored by Nastassia Shlapakova: she opened the score after the pass from Nastassia Shuppo. Then, in the 80th minute, Karyna Alkhovik doubled the lead with Nastassia Kharlanava's assist.


Sliasarchyk, Pilipenka, Alkhovik, Shlapakova, Shuppo, Kazakevich and Novikova entered the starting lineup. All the girls, except for Nastassia Shuppo, who was replaced in the 90th minute, played the entire match. Also in the 80th minute, Darya Stsiazhko came on as a substitute. Marya Svidunovich, Valerya Karachun and Vita Nikalaenka remained on the bench. Nastassia Papova was out of the list for the match.

And our girls will have matches against Norway (away) and Northern Ireland (at home), which the team will also play in the second half of October.